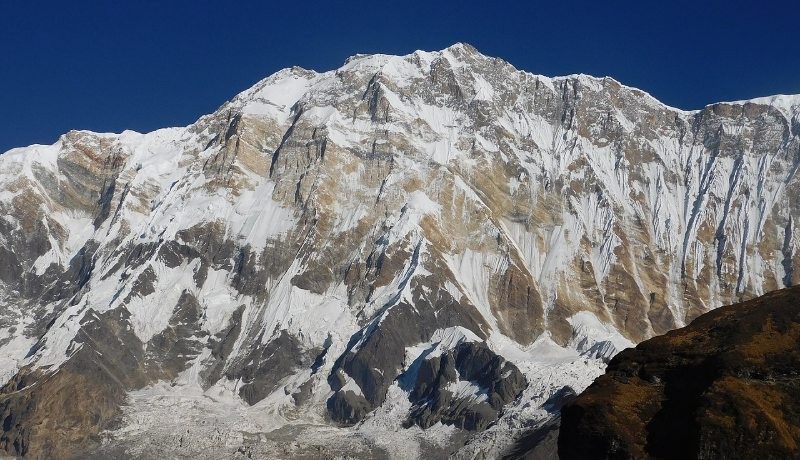 Annapurna I Expedition (8091m) is the tenth highest mountain in the world. It is located east of a Kali Gandaki Gorge where Kali Gandaki river flows through. The mountain has glaciers on its western and northwest slopes which subsequently drain into this river. The name Annapurna supposedly means “Goddess of the Harvests.”

Annapurna I  is known as the world's most dangerous mountains to climb because it is prone to avalanches. It has a high fatality rate. Maurice Herzong and Louis Lachenal, of a French expedition, first climbed this 8,091m peak on June 3, 1950. Similarly, Chris Bonington along with alpinist Ian Clough led the British expedition in 1970. They were the first to climb the south face of Annapurna. Ian Clough, sadly perished on the descent when a falling ice-pillar hit him. In 1978 Arlene Blum led the first all American all-women team expedition to climb Annapurna I. On February 3, 1987, Jerzy Kukuczka and Artur Hajzer, both Polish climbers, made the first ascent of Annapurna I in winter.